Panang Curry (sometimes written Penang Curry) is a dry curry which is fried in coconut milk, and not boiled. Panang uses the thicker part of the milk, or the cream only. It’s typically made with beef, although you can make it with pork or chicken as well. It is usually just meat, and is seasoned with sliced lime leaves and sometimes a few leaves of Thai basil.

Panang Curry should be dry and thick like this, and not soupy like red or green curries. While Panang is usually made with meat, some restaurants serve Panang with shrimp. It's up to you!

If you'd like your Panang curry to be a bit hotter, try adding some :small dried chilies: in with your paste.

Slicing the meat thin like this allows the meat to get soft and absorb the flavor quicker.

Roast the peanuts until browned 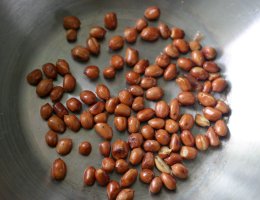 Roast the coriander seeds until fragrant 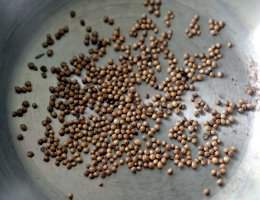 Roast the cumin seeds until fragrant 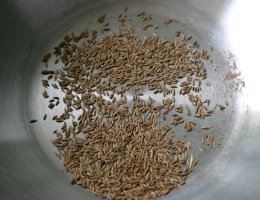 Prepare your ingredients for the paste 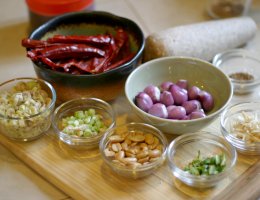 Pound all the ingredients together 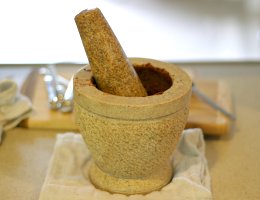 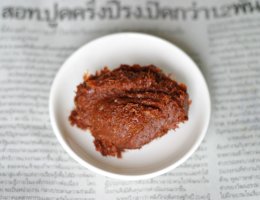 Cut your meat into thin slices 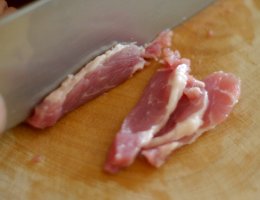 Roll and cut the lime leaves into thin slices 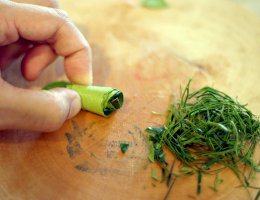 Fry the paste in some of the coconut cream 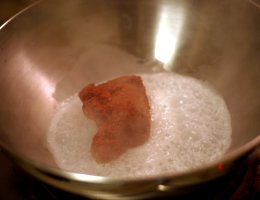 Fry until you see oil and it smells good 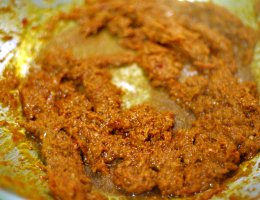 Add the meat and cook for a few minutes 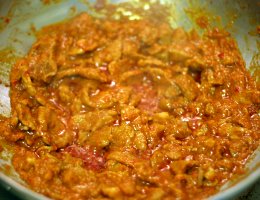 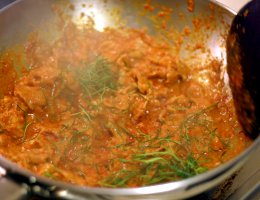