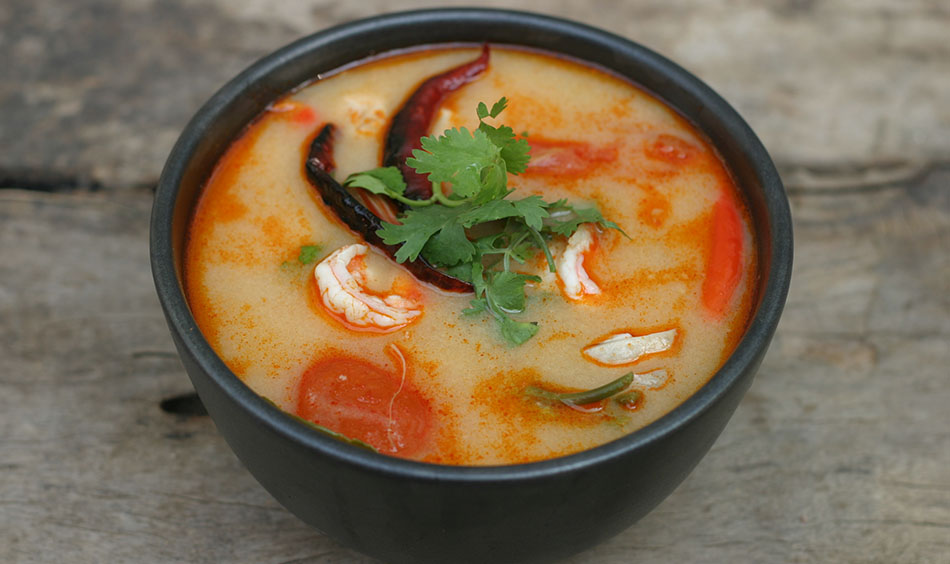 Hot and Sour Soup with Shrimp

Hot and Sour Soup with Shrimp (tom yum goong, ?????????) is probably the most famous Thai dish, both inside and outside of Thailand. It’s eaten very often here, usually in a type of hot pot with fire underneath. There are hundreds of variations of tom yum, and this recipe includes the two most common versions of Tom Yum Goong.

This recipe is for the two most common Tom Yum Goong recipes. Both have chili paste (nam prik pao). The only difference is the addition of milk. Milk gives it a somewhat rounded flavor. It's not enough milk to make the soup creamy, just enough to make it less harsh. If you do add the milk, add the dried roasted chilies and a bit more fish sauce and lime juice as well.

A vegetarian Tom Yum recipe can be found here: Tom Yum Het, a clear version of tom yum made with mushrooms.

You can use freshwater prawns for this soup if you'd prefer.

This recipe makes a small soup, enough for 2 to eat with a meal. If cooking for a larger group you may want to double or triple this recipe.

Thais do not fish out the parts of this soup you don't eat before serving - they know to avoid munching on the lemongrass stalks, galangal, cilantro root and lime leaves. If serving this to guests who are unfamiliar with Thai food, you may want to let them know what to eat and what not to eat, or fish out the herbs before serving.

Pork or Chicken broth can be made by simply boiling pieces of pork or chicken in water. Leaving the meat on the bone is best. If you do cheat and use a flavor cube or pre-made broth, make sure it's simply meat broth and not flavored with vegetables as well.

Tear the vein off the lime leaves 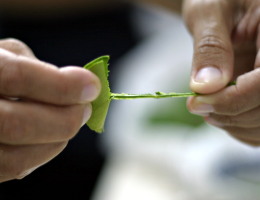 Slice the galangal into thin pieces 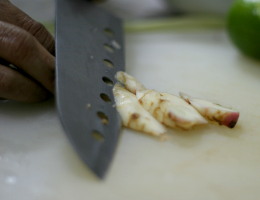 Prepare the herbs as shown 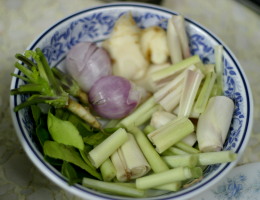 Set up everything before cooking 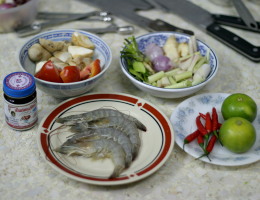 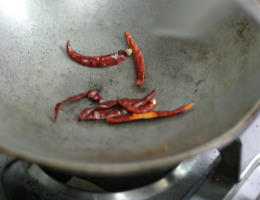 Clean the shrimp but leave the fat on 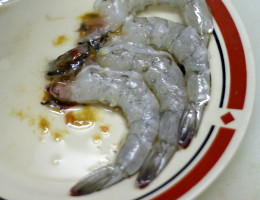 Boil the herbs and tomato on high 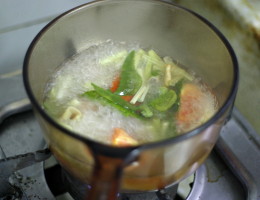 After 4 minutes, add the shrimp 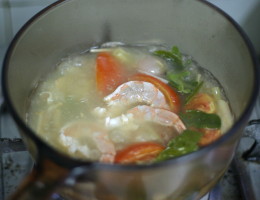 When done, season the soup 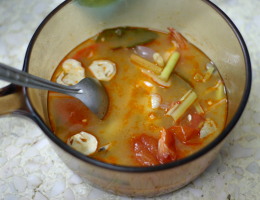